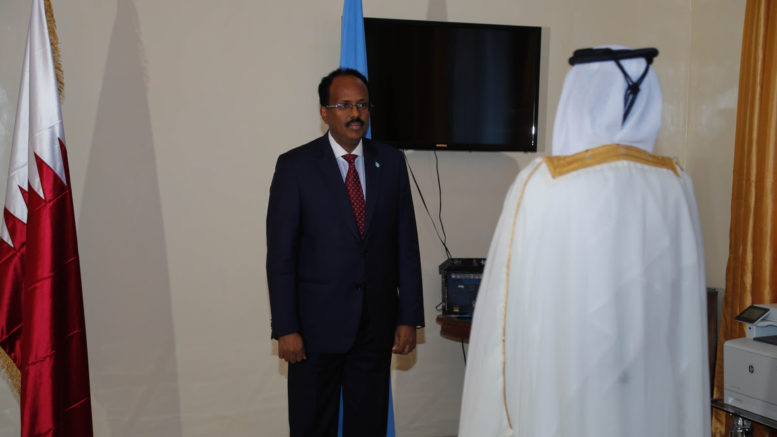 2
SHARES
ShareTweet
President of the Federal Republic of Somalia, H.E. Mohamed Abdulahi Farmajo on Saturday received credentials from Qatari Ambassador to Somalia, H.E. Hassan Hamza Asad who was appointed to represent his country here in Mogadishu,Somalia, SONNA reported.
Ambassadir Asad conveyed a message of greeting from Qatari Amir, Sheikh Tamim Binu Hamad to the President, Farmajo during his meeting with the President today. Mr. Asad said that he would take his role in enhancing ties and cooperation between the two nations.
The President thanked Qatari Amir and his people for their readiness in strenghening relations with Somalia, telling the such relation will be productive based on the common interest between teh states.