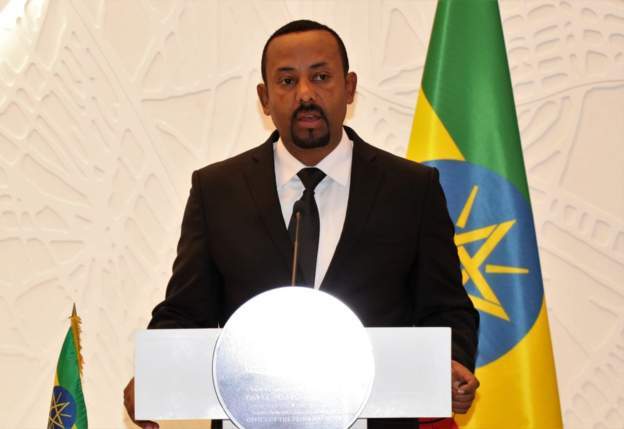 In a video message released this morning Prime Minister Abiy Ahmed issued a stern warning that his government will be forced to take all the actions against those who are engaged in illegal political activities and acts that are threatening to violate the constitution and constitutional order in Ethiopia. The Prime Minister said his government will do anything necessary to protect and defend the safety of the country and its people. He also said that the government will stay put until the threat from COVID-19 was contained and elections were held.

PM Abiy also defended the Parliament’s decision on May 05 to approve the option of constitutional interpretation out of the four options the government tabled to navigate through an impending constitutional crisis. The government’s decision to present the four options was triggered by the decision by the National Electoral Board of Ethiopia (NEBE) to postpone this August 2020 general election due to the COVID-19.

The Prime Minister’s remark came in the midst of a heated debate among various representatives of opposition politicians and their parties expressing varied views, including opposing the parliament’s decision to opt for constitutional interpretation.

PM Abiy explained that before tabling the four options to the Parliament, his government has conducted extensive deliberations from three separate and independent constitutional lawyers and scholars to come up with alternatives before coming together to present their alternatives. He also said that various constitutional scholars have been expressing their differing views through media reflecting on options ranging from state of emergency to constitutional amendment and constitutional interpretation and expressed his appreciation to those who are engaged in civilized debates to reach at solutions.

His government’s decision to opt for constitutional interpretation was, according to him, aimed at nurturing the culture of enriching the constitution through constitutionally navigable means. The options presented by Deputy Attorney General Dr. Gedion Timotiwos were Dissolving the Parliament; Declaring a State of Emergency; Amending the Constitution; and seeking Constitutional Interpretation.

In a joint statement statement released on May 04, a day before the parliament’s session, seven opposition political parties have forwarded a three points “principles [that] should be put into practice”: deliberations and negotiations that should involve all political parties which are registered and are qualified to participate in the 2020 elections; deliberation and negotiation facilitated by neutral entities with no direct involvement in electoral affairs; and reaching at an agreement which should be a binding agreement. The parties include: Oromo Liberation Front, Ogaden National Liberation Front, Oromo Federalist Congress, Agaw National Congress, Mocha Democratic Party, Kaffa Green Party and Arena Tigray for Democracy and Sovereignty.

Similarly, a statement released by Political Parties Joint Council, a council of several opposition political parties, presented five points suggestion including an all-inclusive dialogue between the government and all opposition political parties. The Council cautioned that the government and the parliament bear a big responsibility to ensure the participation of all stakeholders as the challenges facing the country are as much political and cannot be addressed through legal and constitutional means only.

In discussion aired on Oromo Media Network (OMN) long-time opposition party leader Lidetu Ayalew and OFC member Jawar Mohammed have warned that unless the government opts for an all-inclusive dialogue with political parties and other stakeholders to try to find a way out, the legitimacy of the incumbent will be impossible to defend as it would become illegitimate past end of September 2020, the five year constitutional term limit to the incumbent. Both of them have dismissed all the four options tabled by the government as unconstitutional. In a separate opinion published on Addis Standard, Jawar Mohammed argued that “political parties legally registered and qualified to contest the now postponed election could deliberate, debate and bargain to reach at an agreement that serves during the interim period.” The process, he said, “needs to be organized by an independent body with no direct partisan interest in the outcome” and proposed “the office of the President and the Supreme Court” to take the initiative and lead the deliberations.

In a seven page statement released on May 06, Ethiopian Citizens for Social Justice (Ezema), led by Berhanu Nega (PhD), also said its preferred solution was to opt for constitutional amendment to enable the Parliament guarantee the continuation of the incumbent as an interim government until elections were held. Ezema suggested amending Article 58/3 of the constitution which deals with the term limits of the Parliament.

Prime Minister Abiy cited several examples from countries such as Kenya, South Africa, France, Germany, Canada, India, Columbia and USA where constitutional deadlocks in the past have been resolved through constitutional interpretations within the bounds of constitutionalism. He issued a stern warning that any other claim by opposition political parties to come to the helm of power without elections was unacceptable, triggers chaos and violence; such acts also breach not only the country’s constitution but international laws such as African Charter on Democracy, Election and Governance.

The Prime Minister asserted that according to Article 50 of the constitution, the government was the entity mandated to protect and defend the safety and security of Ethiopians and the country; he added that the government was ready to exercise this mandate by all means necessary against those vying to control state power through chaos, and will not tolerate any group vying to do so at a time when the country was struggling to contain the spread and effects of COVID-19, and at a time when the country’s sovereignty was exposed to threats. The government is well prepared from all directions, he said.

However, despite asserting the need for constitutional interpretation out of all options presented, the Prime Minister preempted that his government was the only legitimate government to govern the country until the threat from COVID-19 was mitigated and elections were conducted. Hence he dismissed groups calling for a transitional government as not only illegal, but also dangerous and defended that the governing Prosperity Party (PP) was a legitimate party that didn’t come through revolution but reform. There are no moral grounds to argue for a transitional government while the party that was legitimately elected is still in power, he warned. AS