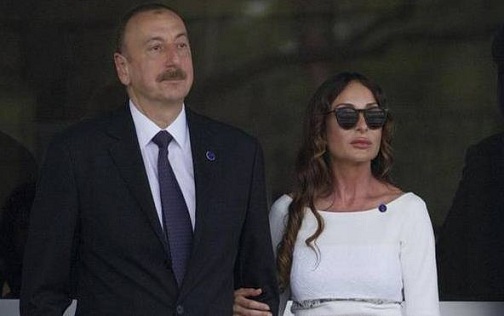 Azerbaijan’s President Ilham Aliyev has appointed his wife to serve as his deputy president, tightening his grip on the country’s leadership.

Mehriban, 52, is a member of parliament who trained medicine, and is the head of the Heydar Aliyev Foundation.

President Ilham has been in power since October 2003 after he succeeded his father, and the ove to appoint his wife to the vice presidency is seen as a plot to have her succeed him in the presidency.

The President won both the 2008 and the 2013 elections with more than 85% of the vote, with the opposition largely boycotting the 2008 poll.

In September, Mr Aliyev organised a referendum which created a strong vice-presidency and extended the presidential term to seven years, from five.

Be the first to comment on "Video:-Azerbaijan President appoints his wife vice president"