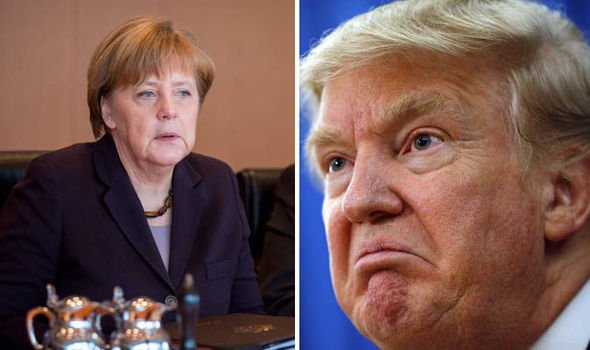 Donald Trump has welcomed German chancellor Angel Merkel to the White House ahead of a meeting where he is expected to urge her to increase Nato spending.

During a generally cordial press conference, they discussed Nato, trade and the president’s claim that Obama asked British intelligence to wiretap Trump Towers.

The president also revealed he “very seldom, very seldom” regrets what he tweets, adding that otherwise he  “probably wouldn’t be here right now. ”

Mr Trump also strongly rejected the suggestion that he believed in isolationism.

“I don’t believe in an isolationist policy, but the US has been treated very, very unfairly and that has got to stop,” he sad.

He said the idea he was an isolationist was “fake news.”

Be the first to comment on "Video:-Did President Trump refuse to shake Chancellor Merkel’s hand in the Oval Office?"