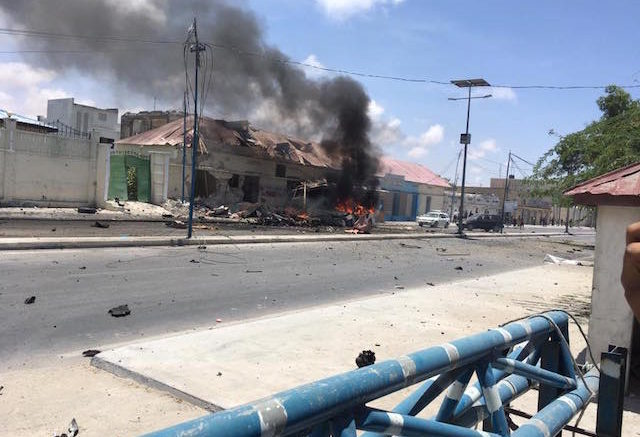 The Special Representative of the UN Secretary-General (SRSG) in Somalia, Michael Keating strongly condemned the recent spate of terrorist incidents that have caused carnage among Somali communities.

In the past ten days, at least a dozen attacks have been claimed by or attributed to Al-Shabaab and resulted in 28 civilian deaths and 31 injured. These were launched in civilian areas, turning restaurants, markets and minibuses into scenes of bloodshed and suffering.

“Attacks on civilians are unjustifiable. It is particularly upsetting that so many women and children have lost their lives. This is a perverse and inhumane way to make a political point and achieved nothing. It should stop immediately,” said SRSG Keating.

Al-Shabaab has demonstrated its intent and capacity to conduct large-scale violence with a clear intent to cause mass casualties. So far in 2017, 337 people were killed or injured by 87 IED incidents. The vast majority of which resulted in civilian deaths and injuries. Civilian casualties from IEDs have increased by over 50% since this time in 2015.

SRSG Keating extends his deep condolences to the families and friends of all those who have suffered and lost loved ones.