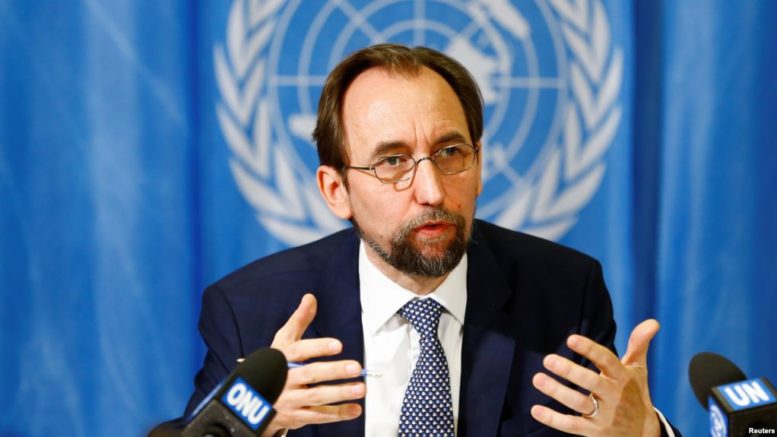 The UN in Somalia has protested what it termed as ‘immigration and taxation problems’ facing its staff in the country accusing the Somali government of violating agreements exempting UN staff from such obligations.

In a letter addressed to the Foreign Affairs Minister Ahmed Awad, the United Nations Support Office in Somalia (UNSOS) said close to 1,000 of its staff and contractors have been affected by the visa and tax demands by the federal and state governments despite provisions of the Status of Mission Agreement (SOMA).

According to SOMA, between the UN and the FGS, UNSOS said, UN personnel and contractors working directly for the UN are exempted from income tax obligations and visa charges. Despite this understanding, UNSOS says, its staff and contractors have been forced to pay penalties for expired visas, income tax and others detained for failing to meet such obligations.

“United Nations  staff,  personnel and  contractors  are  facing  on  a  daily  basis immigration  and  taxation  problems from which  they should   be exempted  under the SOMA,” the protest letter read in part.

In particular, UNSOS says, immigration authorities in Somalia have refused recognise the United Nations  Laissez Passez (UNLP)   document which effectively serves as visa for UN staff resulting in denial of visas. Refusal to issue multiple visas to UN personnel and contractors, UNSOS says has ‘caused a huge administrative burden on the organisation since staff have to exit and return on a monthly basis.’

Further, UNSOS said the immigration department does not recognise visas issued by Somali embassies abroad and instead dismisses them as ‘fake’.

The UN has been forced to reimburse close to 500 contractor personnel as a result of penalties for late visa and work permit renewals, the UN body said noting such fees ‘which  are outside  of expected  costs are a detriment to other  budgeted  activities.’

In addition, the UNSOS, which provides support to UNSOM, AMISOM and Somali National Army and Police in joint operations with AMISOM adds more than 416 UN personnel have been affected by the refusal to issue and   renew multiple entry visas.

Somali government announced in 2017 efforts to expand the tax bracket in a bid to boost domestic revenue critical in financing the national budget. In the same year, the Finance Ministry announced it would target companies and contractors working in the Mogadishu airport and the UN compound.