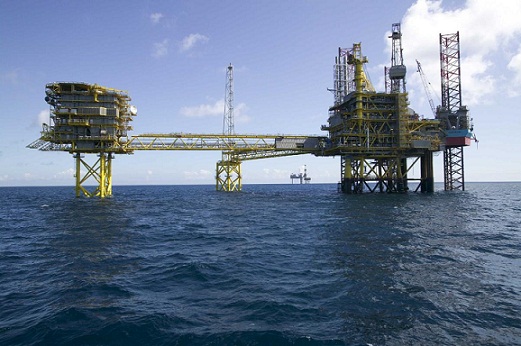 Somalia is one of the last major unexplored petroleum frontiers globally. In the past, it attracted the attention of international oil and gas majors – ExxonMobil, ConocoPhillips, BP, Shell, Chevron and ENI all of whom held large concession agreements in the country. 30 years of a tragic civil war has led to a protracted hiatus in petroleum exploration in Somalia since then.

While capital expenditure in the oil and gas industry has been declining in recent years, according to the African Energy Chamber’s latest report, spending trends within Africa are expected to increase materially in 2022 and beyond. Somalia is well positioned to benefit given its large, prospective offshore basin, positive legal and regulatory developments and given the recent increase in oil prices.

The security situation in Somalia remains a concern, but offshore the situation regarding piracy has been transformed with no incidents reported in the UN Secretary-General’s latest report covering the period 1st November 2020 to 31 October 2021. The African Union Mission in Somalia (AMISOM) has supported the country’s government in the fight against al-Shabaab for the past 15 years with immense progress being made.  It has recently been agreed that this mission will be replaced by a new mission in place to the end of 2024.

Meanwhile, oil technologies, especially in offshore drilling, have significantly advanced. In recent years, rich oil and gas reserves have been discovered in neighbouring East African countries, including Mozambique, Uganda, Tanzania and Kenya.  However, up until now these potentially huge offshore discoveries have remained largely undeveloped.

Somalia has the chance to surpass the success of its neighbours. The country’s offshore waters may contain at least 30 billion barrels of oil reserves, according to Spectrum Geo, a company that conducted a seismic study of Somalia’s offshore basins in 2014-2015.

Since the central government was re-established in 2012, Somalia has created all the necessary legal frameworks to re-attract international investors. This was achieved under the guidance of respected international institutions, including the World Bank, the International Monetary Fund and African Development Bank to ensure compliance with global best practices.

The Petroleum Law, passed in 2020, established the Somali Petroleum Authority, a public body tasked with regulating the industry and attracting international investors to conduct exploration in the country. It includes representatives from the Federal Government and Regional member states that have the necessary qualifications to collaboratively oversee petroleum exploration and development.  It is wholly focused on increasing exploration to build a sustainable new industry for the people of Somalia, working with the international partners the country needs to build the industry.

In the development of the Petroleum Law, Somalia approved a Model Production Sharing Agreement that determines the rules for international petroleum companies to operate in the country. Investors can sign a 3-year exploration licence with the possibility of extension. If they make a discovery, they will submit a production program to the Somalia Petroleum Authority. Post the recovery of development and operating costs, investors share oil revenues with the Federal Government and Regional Member States.

In 2018, the Federal Government and Regional Member States signed a Revenue Sharing Agreement which provides that government revenue from petroleum operations and all associated taxes are shared between federal, regional and local governments in certain proportions. This equitable agreement constitutes a critical milestone and is a considerable achievement, given the legacy of civil war in Somalia.

In 2020, a legacy payment of $1.7m for 30 years of surface rental from Exxon and Shell was shared in accordance with the revenue sharing agreement. This was an important indication of Somalia’s commitment to transparency and honouring concession agreements signed before the civil war to ensure the long-term commitment of investors to Somalia.

Somalia is located in close proximity to the oil rich Gulf states and has similar geological characteristics to that of Kenya, Tanzania and Mozambique.

Whilst many of the world’s leading oil and gas companies are increasingly committing themselves to energy transition, investment in new field development is absolutely critical to ensure energy security across the globe, particularly given the recent surge in international oil prices to over $100 a barrel.  Given the encouraging seismic data, an established petroleum authority and a determination to develop a flourishing industry for the benefit of its population, Somalia is well positioned to become the next exploration hotspot.