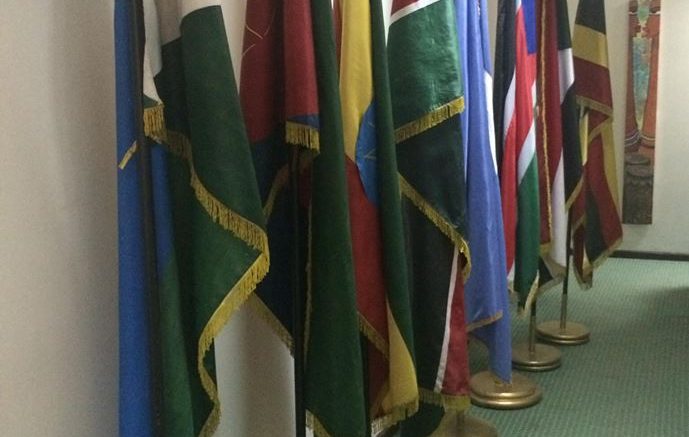 0
SHARES
ShareTweet
June 12, 2017 (ADDIS ABABA) – The leaders of the East African regional block – the Inter-Governmental Authority on Development (IGAD) Monday have decided to convene a meeting of the signatories of 2015 peace agreement to discuss ways to revitalise its implementation.
The IGAD leaders held an extraordinary summit on South Sudan in Addis Ababa with the participation of Sudanese and Ugandan presidents, South Sudan first vice president, Ethiopian and Somali prime ministers, Djiboutian and Kenyan foreign ministers.
The meeting which was attended by regional and international facilitators underscored that the Agreement on the Resolution of the Conflict in South Sudan (ARCSS) remains the only “viable way forward” to bring peace and lay out the foundations for a democratic regime in the war-ravaged country.
“The IGAD Summit calls upon all the parties to take urgent steps to draw concrete plan and timeline to compensate the delay and to revitalise the full implementation of the ARCSS;” said the final communiqué released after the meeting.
The summit further decided “to urgently convene a High-level Revitalization Forum of the parties to the ARCSS including estranged groups to discuss concrete measures, to restore permanent ceasefire, to full implementation of the Peace Agreement and to develop a revised and realistic timeline and implementation schedule towards a democratic election at the end of the transition period”.
The South Sudanese President Salva Kiir who was conspicuous by his absence declared a unilateral cessation of hostilities and called for a national dialogue process which he wanted to be a forum to achieve reconciliation and to discuss the ARCSS implementation.
The call for a revitalization meeting the IGAD intends to hold urgently may be hailed by the opposition groups who distanced themselves from the government-led dialogue process in Juba.
Commenting on the IGAD extraordinary meeting, John Prendergast, Founding Director at the Enough Project, said: “Because its war is spiralling, South Sudan needs a new, dynamic, and inclusive peace processé.
“If IGAD is unwilling to commit to revitalising the peace process and make it more inclusive and responsive to the evolving conflict dynamic, then the responsibility for an expanded peace initiative should shift to the African Union and United Nations,” he called.