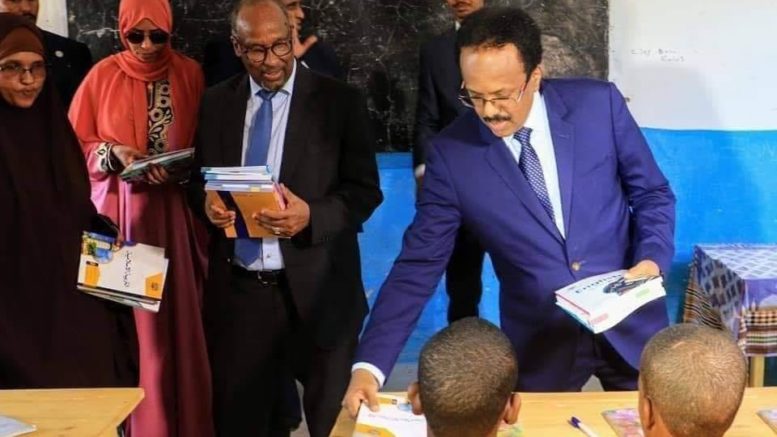 Somalia’s Federal Minister of Education clearly demonstrates why he is not the right person for the education portfolio. He went on TV to talk about a longstanding disagreement between the Federal Ministry of Education and Puntland State of Somalia on administration and certification of secondary school leaving examinations.

Clearly this is a complex subject involving complex and, in the case of Somalia, hotly contested constitutional, legal, and jurisdictional issues. Any mature and competent education minister would approach such a complicated and sensitive topic with the understanding, care, and discretion it deserves.

Unfortunately, Minister Godax Barre seems to have embraced the approach he is most comfortable with: The Warlord approach. To begin with, the Minister was shaking with rage and appeared to be afflicted with a virulent streak of partisan madness. He acted more like a political hack hellbent on insulting and maligning an entire Federal Member State and its leadership. This issue “has nothing to do with the Constitution,” he mumbled. It is bizarre for a Federal Minister of Education to make such a pedestrian statement on TV.

The issues raised by Puntland are legitimate and have every thing to do with the Constitution. The best way to resolve this issue is to engage in a genuine dialogue informed by the relevant sections of the Constitution, Education Law and Education Policy. The emphasis should be on whether a specific level of government (Federal, state, local) has jurisdiction over education or if education is in the category of joint jurisdictions managed by at least two levels of government.

In June 2013 UNESCO AND UNICEF organized a National Conference on Education in Somalia. I wrote the Concept note for the Conference and coordinated the program. We worked with Dr Maryan Qasim who was the Minister of Human Development including the education portfolio. Puntland participated the Conference and its education system was recognized as a model for the rest of the country. Abdi Farah Juxa was the Puntland Minister of Education and he led the Puntland delegation.

I do not know where Mr Godax Barre was at that time. But the participants of the Conference recognized and appreciated Puntland as a leader in the efforts aimed at reconstructing the public education system. Mr Godax should take.a look at the outcome document of that Conference.

It is doubtful if Minister Godax understands and appreciates what is at stake here: the education of the children of a nation traumatized by decades of strife and civil war in a context characterized by a new and often misunderstood federal system of government.