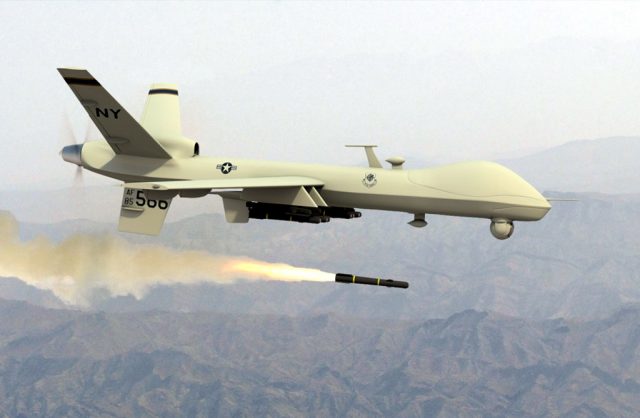 U.S. Africa Command conducted an airstrike against al-Shabab militants in Somalia on Tuesday — a strike that comes on the heels of several operations and airstrikes in Somalia last month that resulted in the destruction of two al-Shabab compounds.

Multiple strikes also occurred between Jan. 23 and Jan. 29, but the command said it did not disclose they had happened immediately due to operational security and force protection considerations. During those operations, two al-Shabab compounds in southern Somalia — one in Jamaame and another in Jilib — were demolished.

“In the long run, this means not only a safer Somalia and Africa, but our actions afford extended protection for America and international communities as well,” Karns said.

The series of strikes come weeks after al-Shabab militants attacked U.S. and Kenyan forces at Manda Bay Airfield in Kenya on Jan. 5. Army Spc. Henry Mayfield Jr., 23, and U.S. Department of Defense contractors Dustin Harrison, 47, and Bruce Triplett, 64, were killed in the attack.

AFRICOM officials suspect that the militants originated in Somalia but crossed over into neighboring Kenya with the help of facilitators within Kenya. Altogether, AFRICOM estimates there are between 5,000 to 7,000 al-Shabab militants in Somalia.

“Removing even one terrorist drives the risk of that bad actor from doing further harm to others to zero,” Karns said.

In total, the U.S. has roughly 6,000 Department of Defense personnel in Africa, and the command told Military Times last year between 650 and 800 U.S. forces remain in Somalia at any given time.