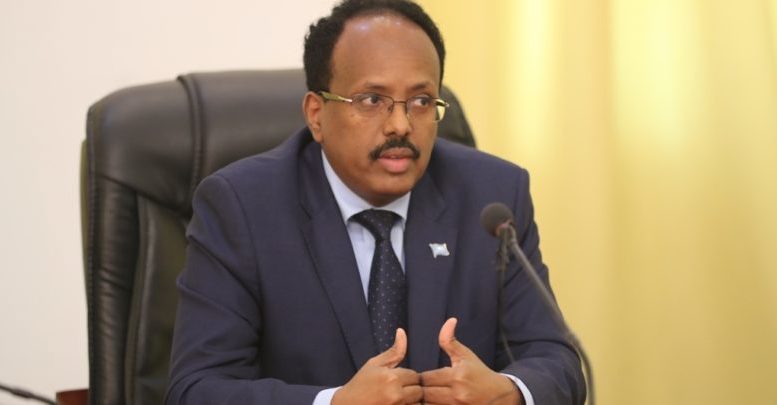 Thirty Years ago, on the occasion of the 53rd anniversary of the founding of the Somali Youth League (SYL), a group of eminent leaders  among them Somalia’s legendary democratic former president and one of its founding fathers, the late Aden Abdulle Osman, petitioned the late dictator, Mohamed Siyad Barre, to vacate the presidency and help safe his country from a ruinous civil war, and at the same time safeguard his legacy in the nation’s embryonic stage of development. That was 1990.

In a historic petition published by the reputable academic journal of the Horn of Africa Journal (HoA) managed by the late professor Said Sheikh Samatar of Rutgers University, a group called: The Manifesto” group including Somalia’s retired but revered politicians, businessmen, religious and traditional leaders as well as labor union advocates appealed to Siyad Barre for a peaceful transition of power.

Anyone who had invested in the birth of this once most beautiful and cohesive nation, or anyone with an iota of patriotic feelings came out to the open and joined a national outcry to convince a defiant Barre to give Somalia a chance to broker a peaceful transition from his autocratic rule.

Their simple request, which reverberated with cross clan and multi-generational Somalis of all stripes, was to ask the dictator to peacefully transfer of power before “things fall apart”.

Alas, Barre defiantly refused this rare but irrefutable advice and took Somali with him to the gutter. Somalia ceased to exist as we knew it in 1990. Yes, many honest people refused to give up and succeed to some degree to resuscitate a fledgling democratic federal republic.

Sadly, if left unchecked, on SYL’s 77th anniversary in this May of 2020, signs of letting Somalia down is no longer invisible. Under the current President Mohamed Abdullahi Farmajo, Somalia is once again on the brink of taking the route that it had travelled in 1990. Like in the past, the political culture today is characterized by a morbid social disintegration, a corrosive political discourse, absence of national agenda, an autocratic rule in the making, and a complete breakdown of governance in a cesspool of corruption that refuses to slow down even with covid-19 devastating the nation.

Because of a grim national outlook, a multitude of voices are sending messages of national salvation to President Farmajo to not follow the path of the late dictator, Mohamed Siyad Barre; instead many well-meaning voices are asking him to steer the nation away from the treacherous course it had traveled in 1990. And they are doing so with laud voices to dissuade him from destroying the gains so far registered for personal interests.

On that fateful night of February 2017, the Somali nation recovering from a devastating civil war and its attendant state collapse, gave a rare chance to Mohamed Abdullahi Farmajo. In his election, the nation was showing maturity, gesturing towards reconciliation and it was reckoning with its painful past – a clear message showing that Somalis are in the end one family that can easily forgive one another.

However, that heavy debt did not register well with Mr. Farmajo. Rather, he completely missed the message that was embedded in why Somalis elected him – to forgive and inch the country towards a nation that is at peace with itself. Sadly, president Farmajo today resembles less Aden Abdulle Osman and more like Siyad Barre who is registered as one of the curliest autocrats in the annals of African history.

Wardheernews burdens itself with the correct reading of the current sentiment of Somali citizens and the brewing movement to mount a second “manifesto” against President Farmajo who thus far remains oblivious to the national outcry.

Siyad Barre missed a rare opportunity in ignoring the advice of Somalia’s eminent citizens who wanted to safe Somalia. President Farmajo need not to follow suite of the late dictator and listen to the voices coming from the masses.  If he misses this opportunity, history will be unkind to him, as it is to Siyad Barre.