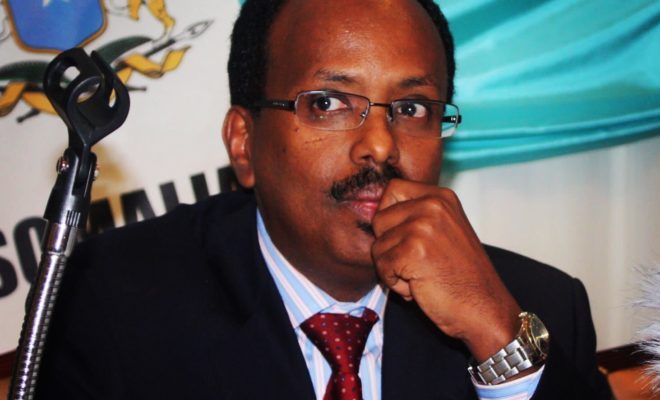 Farmajo failed re-elected bid was a setback and blow for Al-Shabaab.

There was a hideous covert agreement unconfirmed made between the Farmaajo team and AS to smoothly hand over power to the terrorist outfit in exchange to outfit will ease their incessant attacks eventually taking the helm of power in a Taliban like style in Afghanistan.

His departure from Villa, has caused alot distress looming anxiety and disoriented.

Hassan Sheikh’s decision to fight al-Shabaab was a dangerous one.

Respite now the intense mobilization that is going on at least has made some progress but has not yet caused severe blow.

Foreign terrorists and those from non-Hawaiian communities have gathered in the far south of the country.

In the Shebelles, Hiran and Central Regions, the contine onslaught and fight against the terrorists from the Hawiye community, who caused uproar among the communities.

precisely three times, Al-Shabaab Emir of Health affairs has been replaced within a week due to disagreements between them.

citing the need for the Department to be financially strong and effective, with looming expansive war and high casualties.

exacerbated by increased internal conflict within Al-Shabaab, his docket was taken by the Emir of Awareness.

They have intensified the frequency of suicide bombings and attacks on hotels and public places to annoy the government and portray it as weak.

Feeding it into a supporting role in the media propaganda of Fahad Yassin and his team based in Turkey.

if consistency of the war is continued without hiatus,this war requires total commitment and persistent for success to be achieved.
Their leadership and organized hierarchy will crumble with decrease in the financial revenues their support will fall apart.

Al-Shabaab has chosen to attack the bottom of the society, especially in the central and southern parts of the country.

Freeing Al-Shabaab from the whole of Somalia is not an easy and cheap thing, but a struggle that will take long time.

Fighting terrorism is a journey not destination.