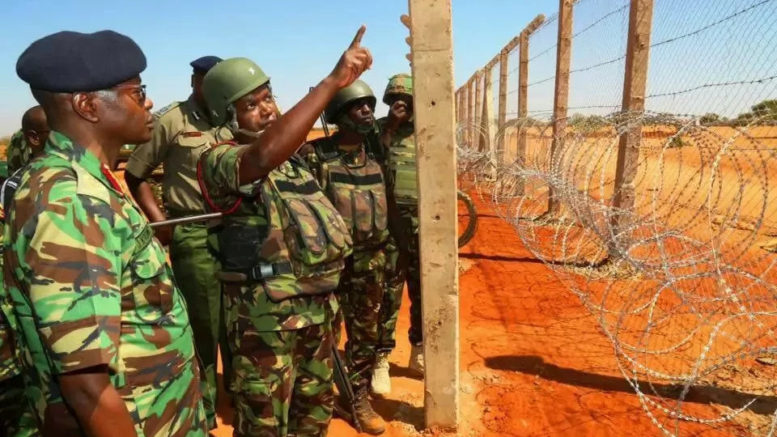 0
SHARES
ShareTweet
Following al-Shabaab attacks, Kenya vowed to build a wall along its border with Somalia – Photos have now emerged of the wall Kenya has built.
The wall is about 700 kilometres long and, unlike said before, the wall is made of barbed wire and an electric fencing Following a spate of al-Shabaab attacks in the country, the Jubilee government vowed to build a massive wall along the border of Kenya and Somalia.
The wall was meant to keep off al-Shabaab militants and their followers from infiltrating into the country to cause havoc. The government said the wall would be 700 km long covering the entire bord.
Al-Shabaab militants are based in Somalia and recently they attacked a KDF camp in Kulibiyow and killed at least nine KDF soldiers. Well, photos have now emerged believed to be of the wall that the government is building
The wall, contrary to what many believed it would be, is build with posts wires mesh and barbed wire. It is then sewn with electric wires running through it.
Inspector General of Police Joseph Boinnet is also capturing touring and inspecting the construction. Kenya has been facing the al-Shabaab threat ever since it sent its soldiers into Somalia.
In 2015, al-Shabaab militants invaded the Garissa University college and killed 147 people, majority of them university students. 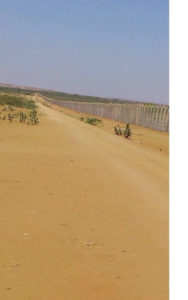 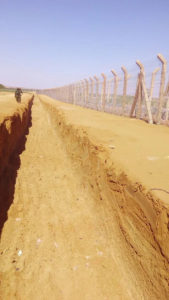 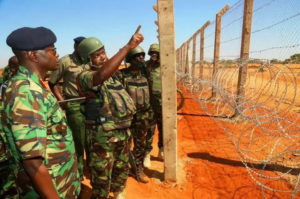 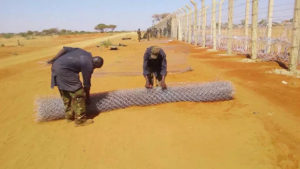 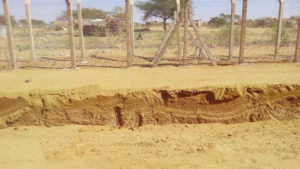 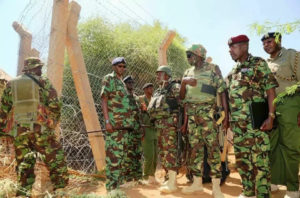