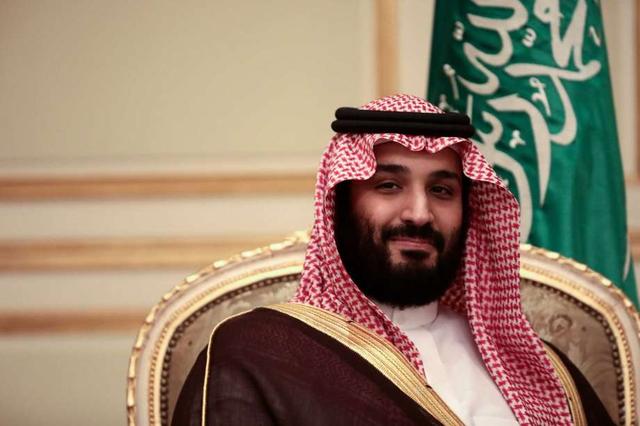 0
SHARES
ShareTweet
PARIS: Saudi Arabia’s crown prince kicked off his official visit to France on Monday (Apr 9), part of an image-building global tour as he seeks to revitalise cultural and investment ties with Paris despite lurking tensions.
Prince Mohammed bin Salman, widely known as MBS, dined with President Emmanuel Macron at Paris’s historic Louvre museum after flying in Sunday on his first trip to France as the heir to the Saudi throne.
Macron, 40, faces a diplomatic tightrope in talks with the reformist prince as he seeks to bolster ties with the world’s top crude exporter, while also managing relations with the kingdom’s arch-rival Iran.
A scheduled visit to the Paris-based start-up campus Station F along with French Prime Minister Edouard Philippe was abruptly cancelled, but the two leaders are set to meet for lunch on Monday.
The 32-year-old prince, who spearheads the kingdom’s armed forces, is also set to meet French Defence Minister Florence Parly.
Campaigners are mobilising to denounce French weapons exports to Saudi Arabia despite the kingdom’s role in the long-running war in Yemen, dubbed the world’s worst humanitarian crisis.
Three out of four French people believe it is “unacceptable” to sell weapons to Saudi Arabia, according to a poll last month by independent research group YouGov.
Amnesty International took out a full-page advertisement in the Liberation newspaper on Monday, featuring the feet of an executed prisoner, which urged Macron to talk about human rights with Prince Mohammed.
It reminded readers that the Arab kingdom carries out the third-highest number of executions worldwide.
UNDERLYING TENSIONS
His trip to France came after a weeks-long tour of the United States, Britain and Egypt where he courted a host of business titans and several multimillion dollar deals.
Around 18 memorandums of understanding in energy, agriculture, tourism and culture are set to be signed at an official Saudi-France CEO Forum on Tuesday, a source close to the crown prince’s delegation told AFP.
“Prince Mohammed is strengthening ties with traditional allies US, UK and France as he is set to be the next king of Saudi Arabia,” Najah al-Otaibi, a senior analyst at pro-Saudi think-tank Arabia Foundation, told AFP.
“Despite some tensions, Saudi Arabia needs French expertise as it opens up giant sectors to diversify its oil-dependent economy – entertainment, tourism and cinemas.”
A Franco-Saudi cooperation deal to develop Al Ula, a Saudi city richly endowed with archeological remnants, is also expected to be a central highlight of the visit.
The prince has used his global tour to project his reforms – including the historic lifting of a ban on women driving, cinemas and mixed-gender concerts – as part of his pledge to return the kingdom to moderate Islam.
Backed by high-power lobbying and public relations firms, the prince is seeking to rebrand Saudi Arabia as a modernist oasis instead of an austere kingdom known for exporting militant ideology and subjugating women.
His visit comes after a tumultuous period at home that saw a major military shake-up and a royal purge as the crown prince consolidates power to a degree well beyond that wielded by previous rulers.
Saudi officials project strong relations between Prince Mohammed and Macron, both young leaders undertaking challenging reforms to transform their countries.
But the trip follows a period of underlying tensions.
Macron waded into a regional crisis last November when Lebanon’s Prime Minister Saad Hariri tendered his resignation on live television from Riyadh, apparently under pressure from the crown prince.
Macron invited Hariri to Paris for talks and he has since rescinded his resignation, a development that analysts say exposed the limits of the prince’s authority.
Macron has also announced he plans to be the first French president to visit Iran since 1976 as he seeks to build relations with the two competing regional powers in the Middle East.
As US President Donald Trump threatens to tear up a 2015 nuclear cooperation deal with Iran, Macron will try to convince the Saudi prince that some agreement to curb Tehran’s atomic ambitions is better than no deal at all, experts say.