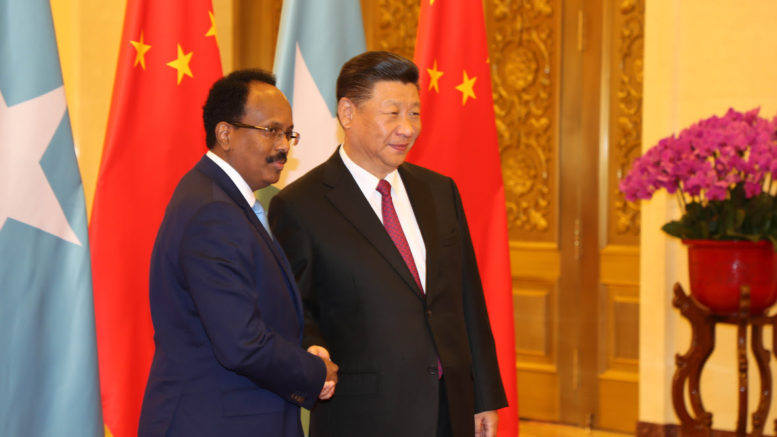 The bank and the Government of Somalia today agreed to a loan of $200million for the rebuilt of Mogadishu port. In trade for that, the bank will have exclusive fishing rights over the coast of Somalia and maintain part ownership of the port until the loan has been fully paid.

The Chinese Exim Bank announced this in a recent tweet on Twitter:
Full exclusive fishing rightsThe Somalian coastline was famous for pirates that attempted to hijack ships on a regular basis.

Because of these developments in the area not much fishing activities were going on.

This has now changed. The Somalian coast, rich of wildlife, is now vulnerable to unlimited Chinese fishing activities.

This of course is very bad news for Somalia’s wildlife and its people. In the start the local people will find jobs, but this will soon end as the Chinese have shown in other parts of Africa where fish stocks are declining rapidly.

But how can it be possible the exclusive fishing rights are given to a company instead of a government? How will the Chinese fishing activities in the area be controlled and monitored?.

In the name of ‘development’Chinese fishing activities has caused huge destruction along the African coastline. African leaders, which are heavily influenced by the Chinese, are still saying this this will benefit the local people and these so called ‘developments’ will offer a lot of jobs.

The facts have shown China is only causing death and destruction in many of regions of Africa and just very few people benefit from it.

African leaders are selling the continent bit by bit to China. It is expected that this massive uncontrolled overfishing will lead to a African famine in the coming years. A famine brought to us by china. Now that is development!