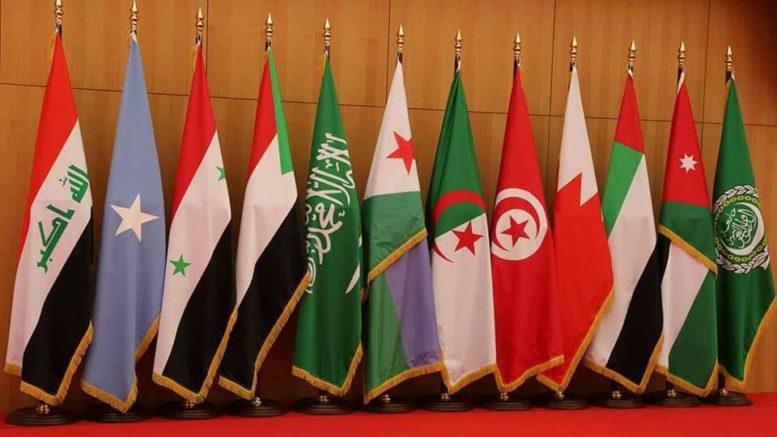 Did Somalia commit a grave mistake by joining the Arab league?

Arabs are believed to form around 5% of the world’s total population, and the Arab league consists of 22 countries including Somalia.

Somalia’s plead to join this league was approved in 1974 after the then Somalia’s president Mohamed Siyad and his cabinet put a lot of efforts to make this happen. With the Pan-Africanism on the rise, the idea of Somalis being Arabs remain a very controversial matter, with a large faction of the Somali community condemning “Arabising” the purely African Somali people.
Though this matter has a lot to do with the religion of Islam, the nationalists keep opposing this idea and are constantly demanding Somalia to annul it’s membership and withdraw from the Arab league which is currently ineffective and seems to only be about attending the annual summits, condemning some countries like Iran and Turkey and holding some passive side-meetings between the leaders of the member countries.

Some interesting questions would be,
1)Did Somalia benefit from it’s membership in the league of the Arabs?
2) Does Somalia have prestige and much say in the pivotal discussions other than her name merely mentioned in the conclusive inferences of the summits’ communiques?
3)Has the time come for Somalia to exit from the Arab league?

Thinking of the Arab’s contribution to Somalia’s political, economic and security situations, you’ll easily realise that they bring more disadvantages with them and that they do more harm than good to the Somali people.

Some Arab states have often taken advantage over the clout and connections they have inside Somalia’s political body to establish some terrorist cells or fund the ones which existed prior.

The Somali people have always being suspicious and very much skeptic when their government is dealing and engaging with an Arab state, believing that these deals will one day backfire and have heinous repercussions which can ruin their security and endanger their day to day lives.

In July 22nd 2019, a “Bombshell like” article was published by the New York Times, stating that they have a classified voice recording between Qatari’s ambassador to Somalia Hassan Bin Hamza and a Qatari businessman who’s deemed to be a close friend of Qatari’s Emir; Tamim Bin Hamad Al-Thani.

The businessman was notifying the ambassador that a terrorist cell under their patronage carried out an attack in Bosaso’s port, which resulted the killing of the manager of the company steering the rebuilding and enlargement process of the port. The motive of the attack is believed to be driving out the Emirates by scaring them, and replace them with Qatari companies later.

The company; P&O ports is a state owned based in the UAE, a fierce rival of Qatar and Somalia is the perfect battleground for a proxy war between these tycoon Arab states. In this proxy war, both of Somalia’s national security and territorial sovereignty and integrity are compromised. This is an example of one strong cause upholding the Idea of Somalia exiting from the Arab league.
Shockingly; in an interview with VOA somali, Somalia’s foreign affairs minister Mr. Ahmed Awad seemed to be trivialising this dangerous incident, saying that they were convinced by Qatari’s “expected” denial of any involvement in the Bosaso attack and the similar ones which happened in any other part of the country.

Not only Qatar is to be blamed in the involvement of Somalia’s insecurity, as most of the Gulf States are in someway helpful to the terrorist organisations by either funding them, hosting their fugitives, or supplying them with weapons.

Think back on Somalia’s most ever bloody terrorist attack, the Zobbe attack; given the mass destruction and the uncountable number of deaths it resulted, it’s very clear that it was way beyond Al-Shabab’s acumen to engineer such a massive attack with the limited intelligence services and the weapons they have. For sure, such a devastating raid had a foreign engrossment in it; possibly an Arab state was engrossed.

Apart from some fictional tales, the idea of ascribing the Somalis to being Arabs is basically a toothless argument with no concrete proofs, and the Somali public should realise that being ascribed to be an Arab doesn’t raise their Muslim status; as per our religion, No Arab is more gracious than a Non-Arab, and No Brown-coloured is as well more gracious than a black-coloured.

The epoch when Arabs would cajole the Somalis with the mutual Islamic mantras is truly gone, as the majority of the educated people know the true colours of the Arab states, who impersonate to be Somalia’s loyal and truthful ally, but indeed meddle in the country’s domestic politics, form or fund terrorist groups, divide and widen the void between the central government and the Member states. Looking into the inhumane way the Somalis who’ve immigrated to the Arab countries are treated by both the hosting communities and the local authorities are further more convincing that there is no room for well doings towards the Somalis in the Arab world, other than discrimination and injustice.

Some might argue that Somalia might diplomatically benefit from it’s membership in the Arab league and do some lobbying there, which is a plausible argument, but looking at how idly this league is and how terribly they’ve failed to bring peace and reconciliation to countries like Syria, Libya and Yemen who all are members in the league, you’ll realise that continuing to be a member is not in anyway better than exiting from it.

With the Pan-Africanism on the rise, perhaps the time has come for Somalia to reconsider which side to pick, and cosy up with the African states.