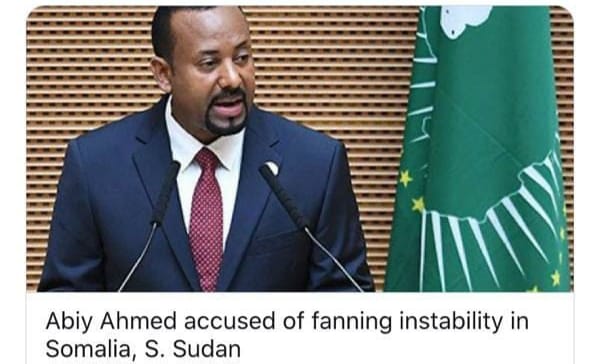 Just months after winning the Nobel Peace Prize, Ethiopia’s reformist Prime Minister Abiy Ahmed is fighting accusations of is interfering with the affairs of neighbouring countries.

In November, two United Nations reports accused him of being lukewarm in South Sudan peace process and fuelling fires of instability in Somalia; two of the countries he has been closely involved in as the chairman of the Intergovernmental Authority on Development.

In South Sudan, where Igad midwifed a revitalised peace agreement in September last year, Abiy’s government, Uganda and Kenya were accused of being inconsistent in ensuring the deal is implemented.

“Over the past year, the Igad and member states neighbouring South Sudan – specifically Ethiopia, Kenya, Sudan and Uganda – have not demonstrated full and consistent engagement in the peace process,” a UN report said.

“The government of Salva Kiir, in particular, has benefited from the inconsistent approach of the region.”