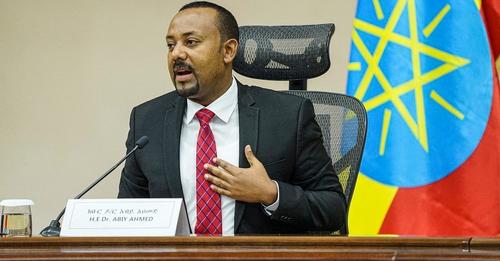 Ethiopia’s Prime Minister Abiy Ahmed says there is “heavy foreign interference” in the continuing talks between the government and Tigray administration but remains hopeful a peace pact will be reached.

Speaking to the China Global Television Network (CGTN), Mr Abiy said Ethiopians can solve their matters despite international pressure for a ceasefire.

“Of course, if there are lots of interventions from left and right, it’s very difficult,” Mr Abiy said.

“Ethiopians should understand we can solve our own issues by ourselves.”

He also confirmed the federal army’s capture of the Tigray towns of Shire, Axum and Adwa last month from the rebel Tigray People’s Liberation Front (TPLF).

Meanwhile, a spokeswoman for the African Union Commission chairperson Moussa Faki Mahamat on Monday said “there was no date limitation” on the talks, according to the AFP. news agency.

The negotiations, which began on 25 October in South Africa, continued on Monday although they were initially expected to end on Sunday.